The ‘Not So Grand’ Grand Opening 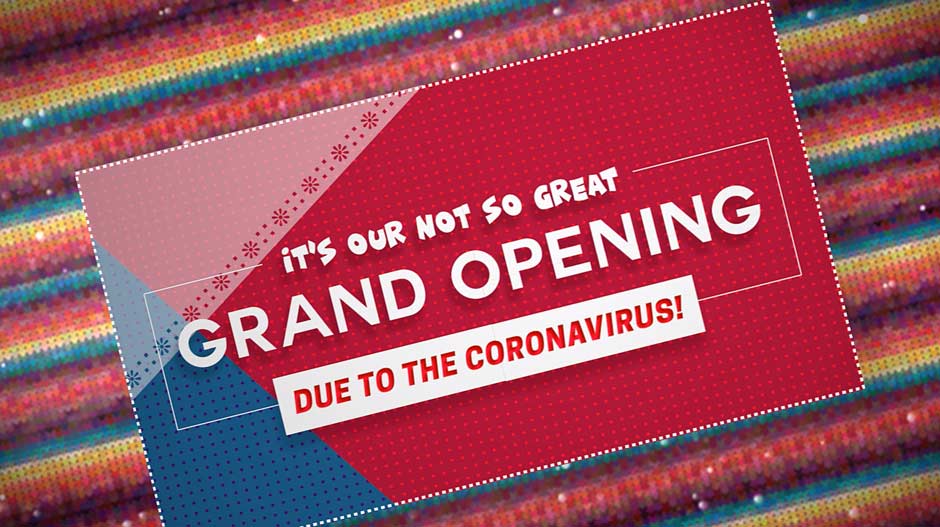 With the world fighting a non-traditional World War III—like battle against a ghostly nemesis, it seems as though hiding is the true key to survival.

This is not the typical stance two enemies often take, but so far, without a vaccine, it appears to be the most effective way to win the war. Fighting together means staying apart—6 feet apart, in fact.

Of course, with the world on lockdown and the world markets crashing, like it or not, we all must suffer together in a world-scale social-distancing effort. Individuals, small businesses, major corporations, national organizations, and governments have all taken a blow. And we all know, this is just the beginning.

Projections claim that 18 months might be the length of time before we can begin to resume a normal life again. But until then we’ll lose money, jobs, and most importantly, lives.

As San Antonio was prepping for its largest celebration of the year, Fiesta, the coronavirus stymied visitors, locals, businesses, and the entire city (due to resume November 5-15, 2020).

Of the many businesses suffering in this economic downturn, as a small 2020 startup, Grand Calavera Fiesta Medals was eager for an auspicious start, but instead received the silent streets of a ghost town, similar to what one might see in a post-apocalyptic film.

This didn’t bother the owners as much as one might think it would. Grand Calavera pushed forward by building an e-commerce website to provide Fiesta medals and Fiesta medals service to enthusiasts, business owners, and non-profit organizations.

As times begin to grow more uncertain every day, Grand Calavera is optimistic about how this global pandemic is bringing the world closer together by keeping us all apart.

For more information on Grand Calavera, visit the About page.